When and when not to use a DIT on set

Today’s Digital Image Technician (DIT) should not be a familiar face to most production crews making corporate videos, conducting live feeds, or working on any kind of production with a budget under 20k. Spending a lot of production money on a DIT in those cases gets you no better product and takes a big bite out of your budget on that kind of scale. On the other hand though, it is almost essential on productions that are upward of 50k + and becomes a risk factor to NOT include a DIT when large amounts of money are being thrown at a project.

What is a DIT, Anyway?

Digital image technicians are not data wranglers, though both skilled workers handle digital video data. The DIT performs several critical steps on set during shooting and before post-production work:

Where cinematographers and principal cameramen spend money on lenses, DITs spend money on their DIT carts, packing electronics onto the tiny footprint that can role into a corner of a set or location. Cabled to the cart are all the feeds—audio and camera—so that every moment of every camera on every take is recorded. Adjustments to color, lighting, audio and camera position can be made immediately after a take.

DIT carts are pricey, and are extensions of the DIT operating them. Expect the DIT's cart to bristle with:

DITs do more than just shuffle digital data. DITs work during pre-production, on-set and in post-production for large projects, such as major television shows and Hollywood-scale films. Because they work closely with film cinematographers and have enormous responsibility regarding irreplaceable data on films and large-scale television shows, DITs are worth their high salaries on such productions.

DITs are not typically found on any shoot below large brand commercials, hour-long dramas, television shows, or major motion pictures. A DIT cart, with its vast array of technological marvels, serves no purpose when a basic camera package using one camera and three lights is run by a single camera operator to record an interview. Neither do the DITs and their carts have a lot to do during live events, such as awards shows, sports, or any electronic news gathering (ENG). Nobody expects those live images to be perfectly color-balanced, perfectly lit, or accompanied by outstanding audio quality. Then, too, nobody is determined to preserve every shot from every camera shooting, say, a baseball game.

When to Use a DIT

If you are producing a big-budget, 30-second spot for the Superbowl, where huge money is at stake and you have three months’ lead time, a DIT could be helpful and save post-production work. If you are producing a Hollywood-scale movie or television drama, a DIT is a necessity. If you are producing a lengthy Reality TV series or large budget documentary, you may want the services of the DIT. For most other purposes, the skills of an advanced camera operator and standard production crew will serve you well, and economically. 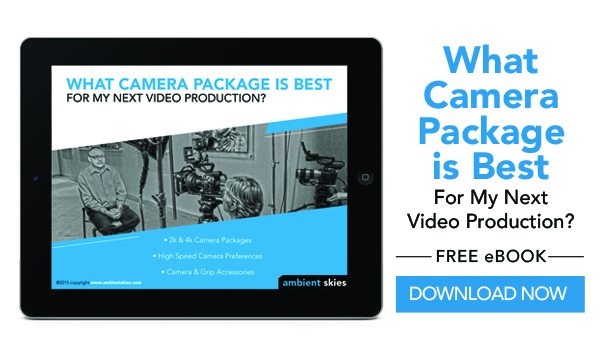