Identifying Fraudulent Producers Before It's Too Late

From The Ladykillers to The Sting, Catch Me If You Can to Hustlers the art of the con is straight from the Hollywood playback. Unfortunately, real life scams and unscrupulous partners are part of everyday film and TV biz.  The ploys range from simple fraud to complex ID theft, but the red flags are often the same. Criminals find weaknesses in the most powerful execs and seemingly most legally watertight studios just as much perhaps less business savvy filmmakers. Either way, it’s your money and your reputation and your project which is at stake if you’re the victim of fraud.

There are ways to reduce the risk of film investments and to spot the fraudsters before it’s too late.

No contract can adequately protect you against scoundrel, as LA-based attorney Mark Litwak https://www.marklitwak.com/protecting-film-investors.html puts it. Thoroughly investigate the reputation and track record of any producer or distributor you contemplate doing business with. Even check court records to see if the company has been sued. But as common sense as this sounds, it is not easy to put into practice.

"You often see this shaming: 'How dare you ask for my credentials. Forget it, I'm not going to do your film,' " says entertainment attorney David Albert Pierce Pierce. "The legitimate lenders are never going to be offended. In fact, they'll be glad to work with someone careful with money." So, the advice is, don’t be intimidated by belligerence.

An invoice needs paying and the deadline looms.  Do you pay? The solution can be as simple as picking up the phone to double-check that the invoice is legit. As The Hollywood Reporter points out https://www.hollywoodreporter.com/news/how-protect-yourself-a-hollywood-scam-1126119, scammers know to strike when prey are most distracted or feeling the most rushed, which is why most offers come with a sense of urgency to make an immediate decision.

"That's always a red flag," says Pierce. "I've never met a legitimate lender more eager to make the loans than the producer is to want the loan. With con men, it's like money's burning a hole in their pocket."

Invest in a completion bond:

For anyone considering investing in a film, a completion bond is an essential safeguard. The bond is essentially insurance that guarantees a project will be made on time and on budget. Having one should give investors some comfort in the knowledge that if the budget is inadequate to complete the film, they will not have to either front more money or wind up owning an unfinished film. Instead, the bond company is financially responsible.

Litwak is blunt, “Don't ever accept oral assurances from a producer or distributor. Obtain promises in writing.” If they promise to spend $50K on marketing, get it in writing. If there is not enough time to draft a long-form contract, ask for a letter reiterating the promises. Retain copies of all correspondence, contracts and any promotional literature. If a filmmaker makes fraudulent statements in order to induce you to invest, you will have a much stronger case if their statements are in writing. “Filmmakers who fail to pay attention to such legal niceties lack the professionalism needed to succeed,” he warns.

Don’t pay for anything upfront:

It’s the classic swindle – and is another way of saying ‘get it in writing’. Talent ‘scouts’ who stop people in shopping malls, promising stardom in exchange for hefty portfolio and representation fees, are by now practically a scam cliche, but the "pay-for-play" model manifests in more sophisticated forms as well, such as so-called casting workshops that get struggling actors in front of casting directors for a price. https://www.hollywoodreporter.com/news/how-protect-yourself-a-hollywood-scam-1126119

If you end up in contractual disputes it’s better to attempt to sort it out in arbitration, rather than litigation, with the winning party entitled to reimbursement of legal fees and costs. According to Litwak arbitration is usually a quicker, more informal, and less expensive method of resolving disputes than litigation. The trick though is to secure a binding arbitration clause when contracting with producers, investors, distributors. Most entertainment industry arbitrations are conducted under the auspices of either the American Arbitration Association (AAA) https://www.adr.org/, or IFTA https://ifta-online.org/, a trade organization representing the interests of international distributors.

A production partner who takes a large fee from the production budget may financially prosper from a picture that returns nothing to the investors. Litwak advises, it is better to back a filmmaker willing to work for a modest wage and share in the success of the endeavor through deferments or profit participation. Beware of investing in a project where other parties benefit when you lose.

An escrow—or Special Purpose Vehicle (SPV)—is an account where investor funds are held in trust while the producers raise the minimum necessary to make the film. SPV's are a kind of firewall against liabilities. If a film goes way over budget, or flops badly, the SPV goes bust, not the producer's main production company.

After funds are disbursed for production, there should be a system of checks and balances to ensure that all monies are properly spent and accounted for. A budget and cash flow schedule should be approved beforehand. Production funds should be placed in a separate segregated account and not mixed with the filmmaker's personal funds. What’s more, all checks withdrawing funds from the account should be signed by two parties.

Producer Jonathan Sothcott set up an SPV and placed $180,000 of investor’s money into it to make the thriller Assassin. According to The Hollywood Reporter, https://www.hollywoodreporter.com/news/british-carry-producer-at-center-897760 Sothcott was using the SPV as his own private piggy bank. When the film’s director J.K. Amalou tried to check the company finances, he found Sothcott had failed to file the required bank mandate giving him access. "The minute I looked at the bank statement, I saw straight away that he was taking huge amounts from the account," Amalou said. "I saw companies that had no connection with my film whatsoever. It was obvious he was using the bank account—my investors’ money, my film’s money — to do other things."

Confused? concerned? Get an advisor:

As we’ve seen, filmmakers can be badly taken advantage of if they attempt to negotiate a deal without assistance.  Retain an entertainment attorney or experienced producer’s rep to independently advise you and review all documents.  It could save your hide in the long run. 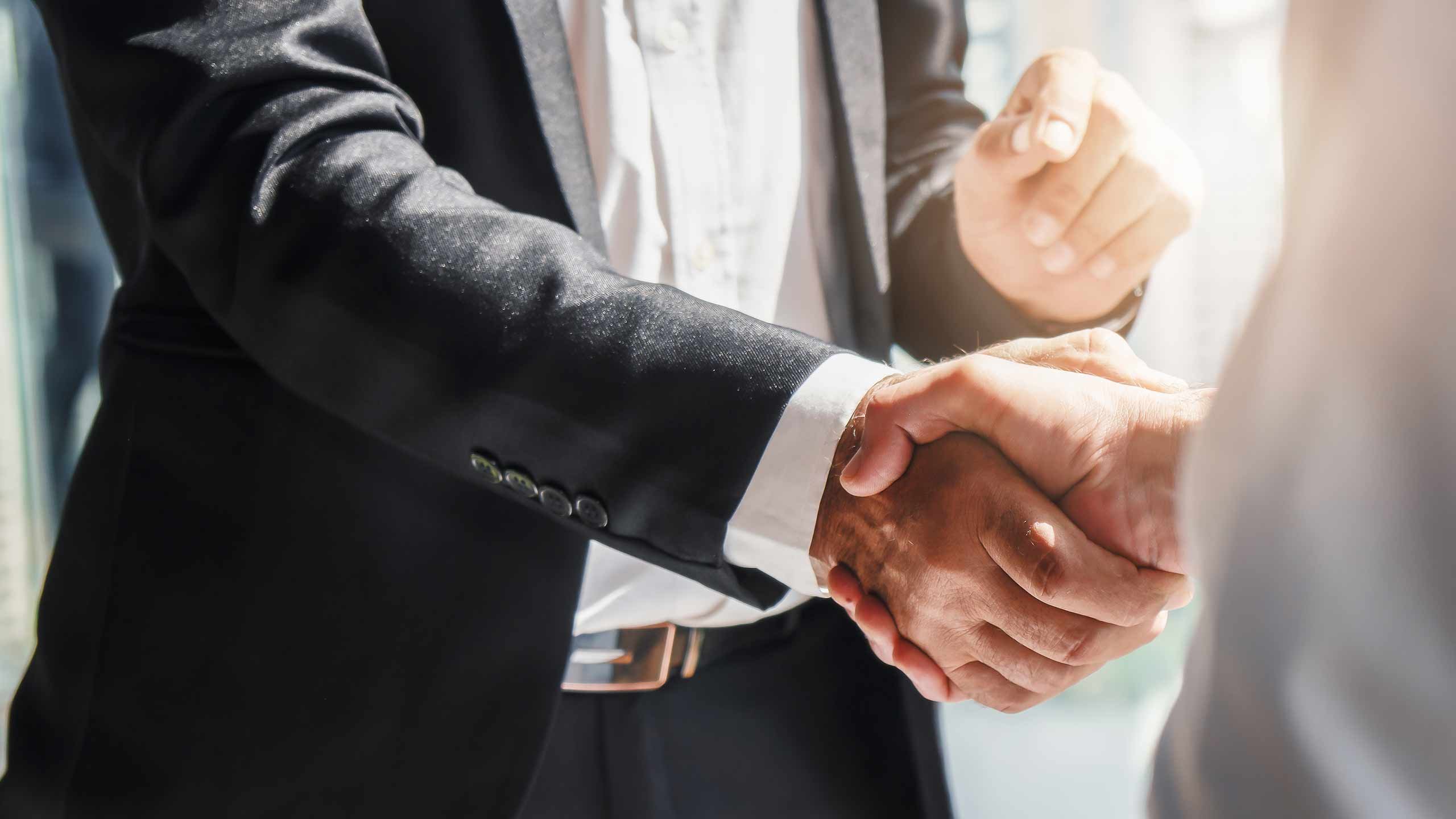 Three of the best (or worst)

In 2011, producer Jeffrey Yordy was found to have created a shell corporation, BF1 Films, with the sole purpose to defraud producers including Anchor Bay (now subsumed under Lionsgate), out of millions of dollars for film production that was fully financed, but never actually filmed or delivered. According to this citation at Romero Law, https://romerolaw.com/results/ Yordy materially breached his contract by only producing only one of the five films that he solicited monies for, forging financial documents.. and providing further falsified documents purporting to evidence the completion of films which had, in fact, never commenced shooting.

As recently as last year, Adam Joiner was arrested and was charged with orchestrating an elaborate fraud to convince investors to put millions of dollars into non-existent blockbusters in Legends. He even forged documents from companies including Netflix and Steven Spielberg’s Amblin Partners. In this case it appears that due diligence on Joiner – with no industry track record - was not followed.

Consider the case of the so-called ‘Con Queen’ of Tinseltown, who duped filmmakers including Sony exec Amy Pascal and LucasFilm’s Kathleen Kennedy. The figure, never seen, managed to persuade dozens of filmmakers and freelancers to visit Indonesia on the pretext of a movie being made and the promise of cash on arrival, only to trick them into parting with hundreds of thousands of dollars.

Hollywood is a hotspot for impersonation-type frauds. According to investigation firm K2 Intelligence, “Identity theft is becoming more prevalent everywhere, but it’s easier to do on high-profile people, because there’s so much information out there. It’s easier to impersonate these people than someone who is high-net-worth but might be more private.”

The case is still live, the Con Queen remains at large.

Springtime for Hitler aka Tax Fraud:

In Mel Brooks’ The Producers, empresarios Zero Mostel and Gene Wilder scheme to oversell shares on a massive scale and produce a play that will close on opening night, thus avoiding payouts and leaving them free to flee to Rio with the profits. Loopholes like this are still being exploited.

For instance, filmmaker Richard Driscoll was found guilty in 2013 of conspiracy to defraud the British government by funding his film El Dorado by filing false tax returns. Driscoll was alleged to have falsely claimed the movie's budget to be $15 million; the figure was actually only $1.5 million. Bogus invoices were created to support the false repayment claims and other invoices were genuine, but had their values inflated.

Mirroring the plot of Brooks’ farce, in which ‘Springtime for Hitler’ is designed as a failsafe disaster, The Daily Telegraph called El Dorado ‘the worst movie ever made’ https://www.telegraph.co.uk/films/0/eldorado-bizarre-story-worst-movie-ever-made/. It was never released.